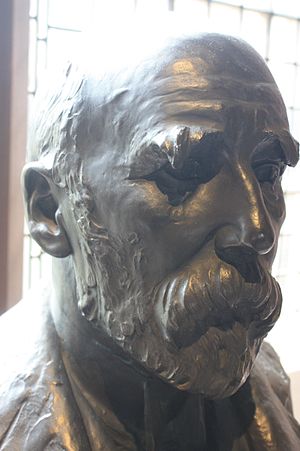 John Kinross (1855–1931) was an architect, born in Stirling. He was president of the Edinburgh Architectural Association (EAA) between 1890 and 1892, and was elected to the Royal Scottish Academy in 1905. He was particularly skilled in traditional styles and was highly involved in the restoration of historic buildings, researching his subjects well before any project.

He completed many commissions for the Scottish Episcopal Church in his early years. During the 1890s he developed a style strongly influenced by Scottish architecture of the 17th century. He carried out extensive research to complete a number of important restorations. Several commissions (including the restoration of Pluscarden Abbey) came from the third Marquess of Bute.

In Falkland he was responsible for the restoration of Falkland Palace, including the Cross House, the Walls and the Castle Shotts Bridge.