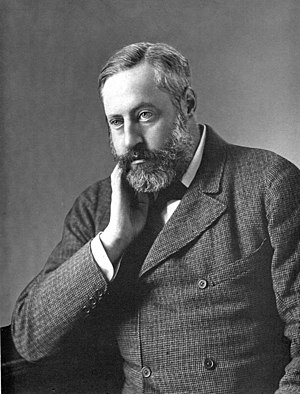 The Third Marquess of Bute

The Third Marquess of Bute (John Patrick Crichton-Stuart, 1847–1900) converted to Roman Catholicism aged 21. He had extensive properties in South Wales, where he commissioned the restoration on a magnificent scale of Cardiff Castle and Castell Coch. In 1887 he purchased the Falkland Estate, becoming Laird of Falkland and hereditary keeper of Falkland Palace, where he initiated major restoration works. He and his wife had four children, Lady Margaret, John (Fourth Marquess), Lord Ninian and Lord Colum. He left the Falkland Estate to his second son, Lord Ninian.[1]