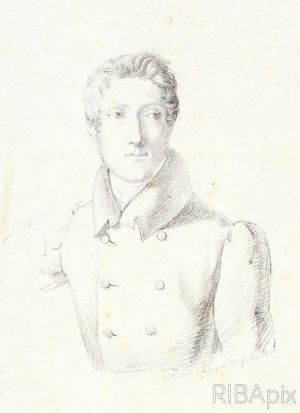 Alexander Roos (c.1810–1881) was an architect and town planner. He was born in Rome of German parents, and studied architecture with Karl Friedrich Schinkel in Berlin.

From around 1835 he worked in the UK, and he had an extensive architectural practice in Scotland in the 1840s. In 1845 the Second Marquess of Bute employed him to work in Cardiff. On the Second Marquess's death in 1848 Roos became one of the two trustees managing the Bute estate on behalf of the infant Third Marquess of Bute. He was dismissed when the Third Marquess came of age in 1868, and seems then to have retired from architecture.

In Falkland he was responsible for: